Our qualitative interviews focused on how individual STEM and Social Science faculty members manage their schedules, define academic productivity, and make sense of their role within the university. The interviews also examine how the institutional structures, departmental climate, and one’s social identity impact an individual’s experience within the workplace. This data provides a glimpse into the lives of faculty members at BSU.

Research on work-family conflict and fit often focus on the “time bind” or the challenge in managing the relationship between time spent at work and time spent at home (Hochschild 1997). These researchers show that the ability to manage one’s time is an increasing form of inequality in society (CITES). This inequality of time particularly impacts single parents and those without standard work schedules (Presser 2003).

To better understand the time use and priorities of our faculty, the interviews asked two questions: 1.) thinking about a typical 7-day week, how do you prioritize your time; and 2) what don’t you currently have enough time to do in your academic life and in your life outside of academia? The response to these questions show the central role that the 4-4 teaching load and commitment to teaching play in one’s weekly schedule and task prioritization. Faculty members manage their weekly routine around their course schedule and the constituent responsibilities of responding to student emails & questions, preparing classes, and grading assignments. In addition to planning one’s workday around teaching responsibilities, many individuals report spending at least one day on the weekend working on class related tasks. The other main factor in organizing one’s schedule is parental responsibilities. Faculty members with children discuss their need to drop off and/or pick up children from school or afterschool activities, help with their school work or provide care for young children. Teaching and family tasks are supported through sharing the responsibility with a spouse or partner when possible or arranging one’s work schedule to accommodate the needs of child care. Other commitments, such as alternative professional responsibilities (APRs), service obligations, and undergraduate mentoring are fit in between these activities. While some faculty members expressed commitment to exercise and social time with family and friends, these activities were not the main organizing emphasis in one’s weekly routine. These personal care activities take a back seat to the other workplace needs. The main element that individuals feel they do not have time to accomplish is maintaining a commitment to research. Most interviewees discuss the effort it takes to maintain a robust scholarly agenda and those with added family responsibilities and limited support are at an additional disadvantage.

After examining how interviewees spent their time and what they felt was lacking, we wanted to know how those assessments met with one’s own expectations of academic productivity. To this end, we asked individuals to “describe what it means to you to be academically productive.” Faculty members were more mixed in their individual assessment of productivity. Certainly, the ability to stay caught up with the current field through reading articles, attending conferences, and producing scholarship are important markers of academic productivity for many faculty members. However, one’s teaching practices and innovations are also emphasized as form of academic productivity.  Reflecting on one’s teaching, attending workshops and conferences, and constantly evaluating how one can do better in the classroom is one of the ways to stay current and active within the field.  Academic productivity is also enhanced through student mentoring and engagement with the culture and activity of one’s department. Ideally, people try to find ways to connect their scholarly pursuits with their teaching expectations through student research but this is not always feasible when one’s research does not align with the teaching needs of the department. The challenges to maintain academic productivity with the teaching load at BSU may be tempered by one’s ability to bring research into the classroom and relate one’s classroom teaching to the larger research community.

A factor in how individual manage their time and how academically productive one feels is how much the workplace environment supports flexibility. To look at what BSU does, we asked “what structures exist at BSU that contribute to or detract from flexibility in the workplace, such as FMLA, APRs/Course releases, and department specific structures?”  The four-four teaching load is the structure that really detracts most from flexibility in that it requires a focused commitment to teaching without open chunks of time for other pursuits. Nevertheless, the ability to schedule one’s courses in a manner that supports other responsibilities. The flexibility to teach on only 3 or 4 days and allot other time to scholarly and service responsibilities eases some of the burden of a heavy teaching load as does the ability to teach in the morning or afternoon as desired. These accommodations work when everyone within a department is able to find a schedule that works with their responsibilities and desires. However, those individuals without flexible colleagues or supportive chairpersons expressed struggles with managing the expectations at work and needs at home. The difficulty in finding a workable schedule is heightened when there are specific needs, such as illness, childcare, birth or adoption, or other caretaking responsibilities. But, supportive colleagues, chair people, and administrators help ameliorate schedule difficulties in these situations.  Alternative professional responsibilities provide some flexibility in the scheduling of one’s day since they are not tied to direct class time but they do not increase the time one has to spend on personal academic pursuits because they require more time in planning and engagement on campus. In fact, many APRs require more time on campus than when one is teaching and can work from home more regularly. Some resources, particularly grants through CARS and OTL, offer opportunities to spend more time on research or enhancing one’s teaching that increase one’s feeling of productivity and ability to manage the demands of the teaching load.

One’s social identity impacts the experience at the workplace and to better understand those influences, our interview asked the question, “how has your social identity (gender, race, class, etc.) influenced your experience as a faculty member at BSU?”  The most salient social identities among interviewees are their race, nation of origin, gender, age, and tenure status. It is these identities where people feel they are most conspicuous, more vulnerable, and expected to represent themselves differently than other members of their department or within the university. While few people expressed outright discrimination or overt negative experiences, interviewees did note that students often looked at them differently. Moreover, colleagues mentioned that they felt women, people of color and junior faculty were treated differently and held to a higher standard by administration, peers, and students. While those individuals who are alone in a department noted that they were conspicuous, women in predominantly female departments and people of color in departments with a plurality of non-white faculty felt these environments provided extra support to them. Junior faculty members, particularly those who look young, noted that they feel the need to present themselves more professionally. Many individuals, pretenure and tenured, expressed concern for the burdens placed on junior faculty to shoulder many of the service obligations within departments and campus wide. It is noted that these service responsibilities become an additional barrier to academic productivity whether that is scholarly publishing or teaching enhancements. However, the main impact that these social identities have on faculty members, however, is their desire (and maybe the expectation) to support students who share their struggles.  Faculty members talk about the extra effort put in to mentor young women and students of color, be a good role model, and show them what is possible. 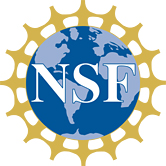