The purpose of the Math Club is to promote the learning, understanding, and enjoyment of mathematics on the Bridgewater State University campus. The Club currently hosts a Game Night annually in the fall and Math Chats annually in the spring.

Students, faculty, and staff from all disciplines are all welcome to join the club!

If you would like to participate, organize additional activities, or help obtain funds please e-mail Sarah Milligan at SMILLIGAN@student.bridgew.edu . 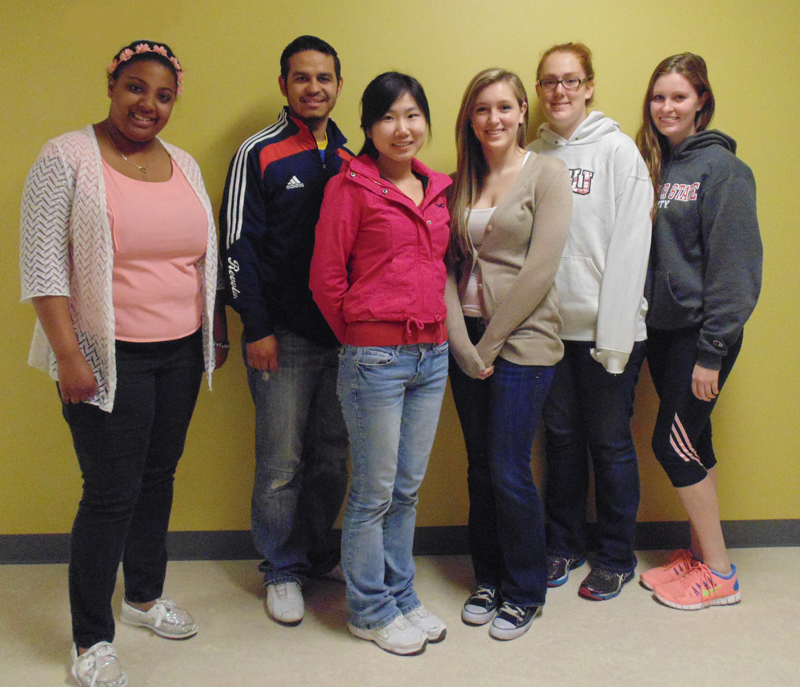 Carol graduated from BSC with a B.S. in Mathematics and a M.A. in Mathematics from Boston College in 1995. She is an Associate with Casualty Actuarial Society and a member of the American Academy of Actuaries. She began her career at Liberty Mutual in 1994 as an actuarial intern and has held numerous roles over the last 19 years. Many of these roles have been actuarial in nature, however, all of these roles have required strong analytics. In addition to her current role as Director of Product Analysis and State Actuary in Liberty Mutual's Personal Insurance State Management group, Carol has been the AVP and Asst. Manager of Personal Lines Regional Operations and AVP and Assistant Controller of Personal Lines Finance. Carol resides in Scituate, MA with her husband (and alumnus) Todd and their three girls.

Chris graduated with a B.S. in Mathematics from BSU in 2010. While at BSU he was involved in the Sigma Pi fraternity and worked as a Student Marketing Assistant in the Career Services office. After BSU, Chris started his first professional role as an Application Specialist at MEDITECH and has been there for two and a half years working with Medical Software. Chris works with a unique application that allows physicians to view their rounds' patients on their cell phone. Specifically, he manages the application's technical setup, software updates, troubleshooting issues within the software code, and provides customer support to hospitals all around the world.

Kevin earned a B.S. in Mathematics and minor in secondary education from BSC. In the fall of 1989 Kevin returned to pursue graduate coursework. He began his teaching career at Silver Lake Regional High School in the fall of 1990. After thirteen years of teaching, he moved into an administrative role at Silver Lake, and has served as the district's mathematics coordinator for ten years. Along the way, Kevin earned a Master of Education degree in 1996 from Cambridge College, achieved National Board Certification in 2002. Additionally, Kevin is the president of the Mathematics & Computer Science (MACS) Collaborative here at Bridgewater State University. He has served on the Executive Committee of this collaborative for over ten years.

Special thanks to James Marcotte, Math Club President, and Joshua Bernard, Treasure, who secured SGA funding for this event!

Photos from the Event 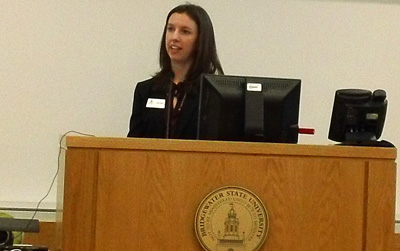 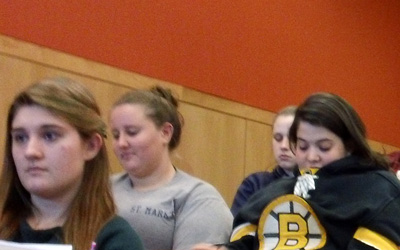 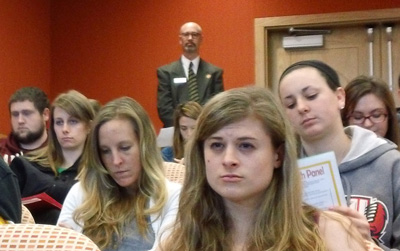 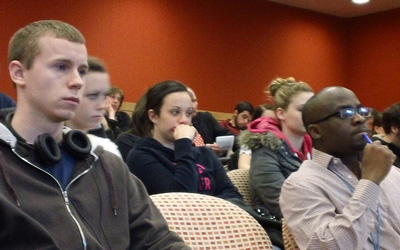